If you've been on the social media circuit lately, you might have noticed that there have been a lot more “live” video feeds popping up within your streams and notifications all over the web.  In the past, live streaming was mostly a niche activity geared towards hardcore video game players and sports fans (including eSports leagues), but recently many social media companies have been making a major push towards using live video as the “next big thing” of content production and content marketing.  (Facebook [FB Live], Twitter [Periscope], Google [YouTube])  Since live video is an emerging trend that hasn't quite hit mainstream yet, it presents an opportunity for many businesses and products to establish their niche while the market still lies within its stages of transformation.

For myself, I've been making music for video games while doing live streams of my performances, recording sessions, and game play (Let's Plays) as a way to drive traffic towards the content that I want people to see and hear.  The nice thing about live video is that you don't need a Hollywood budget or the acting skills of an Oscar winner to make it work, which makes it a perfect medium for businesses and startups in its early or bootstrapping stages.  The skills and methods you need for live streaming, however, is very different from that of traditional marketing techniques, so I'll be listing a few tips below that might help you get on your way.

Get Comfortable in Front of the Camera This is the first and probably the most important aspect of live video: it's supposed to be unscripted, unrehearsed, unedited, and your viewers will expect that when they go into your stream.  If you enjoy improvising and coming up with things on the fly, chances are good that you'll enjoy the act of live streaming quite a bit.  But like anything else, it does take some practice and consistency to get better at it.

If you're feeling too self-conscious to do it in front of your friends on Facebook Live, you might consider doing a few test runs on Periscope or Twitch just to get the hang of it in front of strangers first…or visa versa, whichever makes you feel more comfortable.  It may feel awkward at first, but if you do it enough it will get easier time goes on, allowing you to be more yourself in front of the camera.  The more you are yourself, the more articulate, funny, and real you will be — greatly increasing the chance of making a real connection with your audience or potential customer.

Remember that in live streaming, like improvisation, there are no mistakes!  If you say something wrong, or stumble upon a phrase or 2, don't sweat it…it's not a big deal, and in most cases your viewers won't see it as such either.

Speak Directly to Your Viewers

Nobody really likes live streams that look like someone just set up a camera and left it to run on it's own — they would've become a security guard if they wanted to look at that type of footage all day.  Even if the event you're covering is a very, very cool thing, static video feeds have a natural tendency to distance the viewer from the event itself since they aren't able to “move” from their vantage point in any way.  If you're not careful, you may end up hurting rather than helping your cause.

A good stream needs commentary, and in most cases, speaking directly to your audience is the most effective way to get your message across.  Whether from home or on your mobile phone outside, it's important that you speak directly into the microphone, as if you were talking to each of your viewers one-on-one.

When you're first starting out, more likely than not you'll be performing to an empty room — but you still need to speak as if there was someone there.  It might feel a bit weird at first, but if you talk to any of the successful live streamers out there, they'll all say that they've all started from the same place.  If anything, it's extra practice!  (But remember that even your empty-room streams will be archived, which could be watched later on!)

As you get more viewers, you'll have more opportunities to interact with them directly (usually through chat) so you won't have to always come up with things to talk about

Be Consistent with Your Streams

Although live streams should generally be unscripted, having an overall theme or format to the stream itself can help to focus the flow of how things will go.  Professionals usually recommend having a consistent broadcasting schedule, but if your schedule is too unpredictable to do it perfectly consistently then telling people ahead of time always helps.

If you're trying to sell a specific content or a product, however, chances are that you won't be able to talk about it for an entire hour just by itself, every single time — you might have to come up with a clever way to weave in other forms of entertainment, with a product placement.  (In my case, it was making daily game commentary videos with the music itself weaved into the game play.)  Remember that people are there to see you, so you have to put yourself first before anything else, with the product almost existing as an afterthought in the process.  Think of it as creating your own TV show with your product as its sponsor.

Ryan is a musician, product manager, and entrepreneur living in the SF area. His company, Tangerine Music Labs is currently working with live video and video streaming services as a way to promote and market products in new and unexplored avenues.

I agree what you wrote above and I would like to add: look into the little hole of your camera, not at your face! If you look into the tiny hole your viewers feel you talk to them.

Some great suggestions for live video, thanks.

Yes, I agree in being consistent. Even though they may all not be great shows, at least they continue to see you.

Hi looking for a home base business that will not take advantage of me ever .

Live streaming is the best way to held a two way conversation with your audience while been promoting your brand and services.
Many corp companies had far better utilize live streaming in their marketing strategy. How to Handle the COVID-19 Outbreak as a Small Business

COVID-19 is having a powerful impact on businesses, particularly those that require employees and their customers to be physically present. Keeping everyone safe and healthy while reducing the risk of spreading the coronavirus is critical Read more… 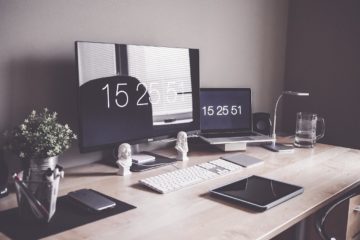 Working remotely certainly has its benefits. Besides undeniable autonomy and supreme flexibility, the daily commute becomes drastically shorter. However, starting to work from home also introduces a number of potential issues.  It takes quite a Read more…

Regardless of the size of your company – whether you’re a one-person startup or a huge corporation – customer success is one of the most crucial ingredients for the recipe of successful sales and operations. Read more…